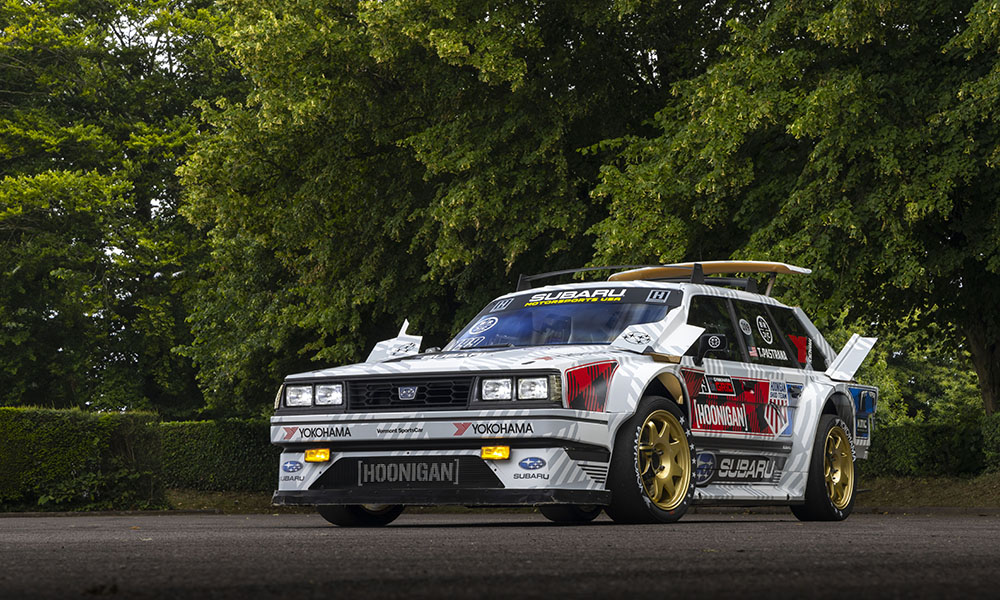 
The Gymkhana stunt-driving franchise has left its mark on automotive culture with more than a half-billion views on YouTube. Starting from Gymkhana Practice in 2008, the first ten installments starred driver Ken Block ripping through the toughest circuits from San Francisco to Sweden. In 2020, Block handed the reins to longtime friend and rival Travis Pastrana for Gymkhana 2020 – the eleventh installment in the franchise and the first to feature a Subaru since 2009’s Gymkhana Two – which has been viewed more than 51 million times since launch.

Pastrana’s newest Subaru Gymkhana car—built by the masters at Vermont SportsCar— is an outrageous carbon fiber-bodied wagon in the style of a 1983 Subaru GL. Beneath its custom tubular frame are lessons learned from the Mount Washington Hillclimb record-setting Gymkhana 2020 Airslayer STI. While it shares that car’s 862-hp turbo SUBARU BOXER four-cylinder engine and disconnecting rear axle, The Family Huckster incorporates active aerodynamics for the fenders and rear wing that are unlike any Gymkhana car—or rally car—ever made. Expect something wicked in the next Gymkhana installment, coming later this year.