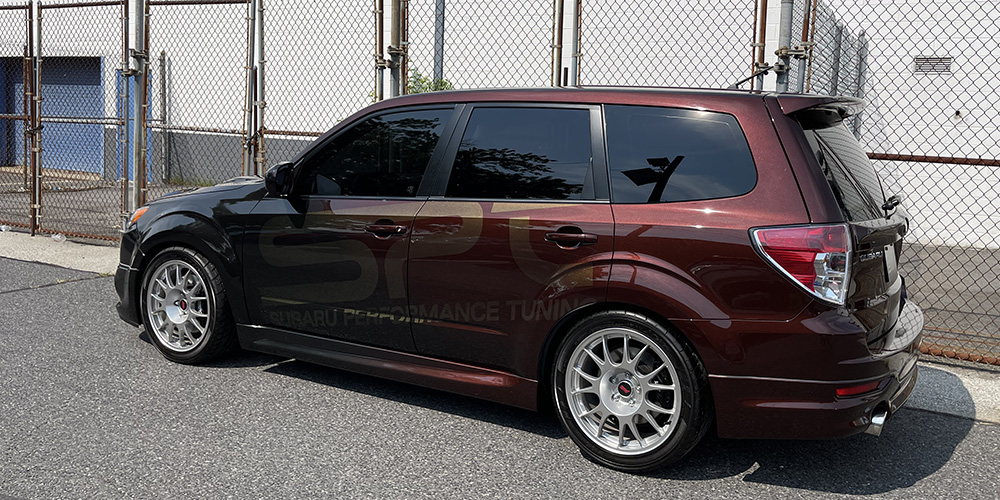 
Combine the versatility of the Forester XT with the all-out performance of the WRX STI and the resulting mash up is a tarmac monster that Subaru of America calls their Forester XTI. Complete with 2.5L STI engine, STI close ratio 6 speed manual transmission, adjustable coil-over suspension by STI, and filled with STI interior bits, this 315hp Forester was built to be an attention-getter at SEMA in 2008 and succeeded.